Astro Boy Reboot's page on Shibuya Productions' website has been scrubbed of a lot of info, but the company reaffirmed that the show is still in development:

Several websites have confirmed that Astro Boy Reboot is now going to be produced by Thomas Astruc, who is known for Miraculous – Tales of Ladybug & Cat Noir. Method Animation (Mediawan) is also listed as a producing company. Shibuya Productions and Tezuka Productions are still on board, while Caribara and Cake Entertainment are no longer associated with Astro Boy Reboot.

It is now scheduled to be released in 2024 and is being produced with a budget of US$23 million.

There will be 52 episodes that are each 26 minutes long, and the show will now be made exclusively in CGI-3D.

Here are the announcement links:

Here are the new teaser posters for Astro Boy Reboot: 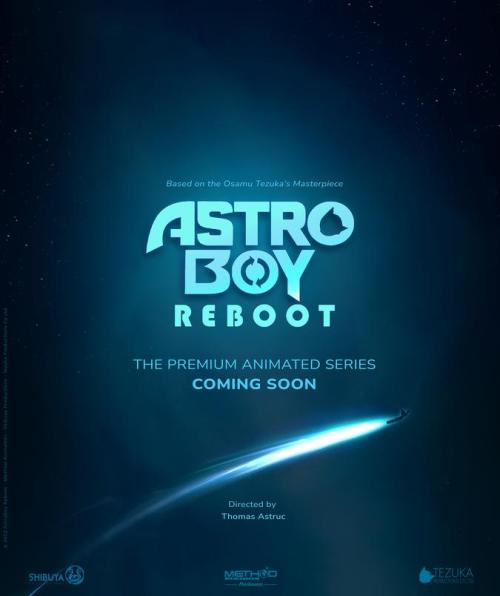 This is awesome news! Is this the same reboot that was announced back in 2015? I guess that "reboot" never really materialized over the years
Top

adrian _68 wrote:This is awesome news! Is this the same reboot that was announced back in 2015? I guess that "reboot" never really materialized over the years

Technically it is the same Reboot that was announced in 2014 since Shibuya Productions is still making it, but the 2D/3D version of Astro Boy Reboot that was being made by both Shibuya Productions and Caribara is canceled. A graphic designer and director for that version, Florian Thouret, has that version of Astro Boy Reboot listed as "canceled" on his website:

It never surfaced as to why that version never materialized, but if I had to speculate it was probably due to production issues and being stuck in development hell.

By the way, for anyone reading this, I've updated the first post of this thread with info about the old and new versions of Astro Boy Reboot. If you want to know anything about Astro Boy Reboot, check out that post.
Top

New page for Astro Boy Reboot is up now on Shibuya Pro's site. No new info listed on the page that we didn't already know:

Users browsing this forum: No registered users and 18 guests