What really bugs you in a fandom? 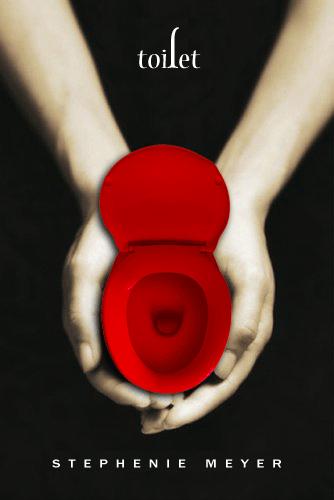 "Alittleacorn" wrote:What really bugs me in fandom is when someone reviews you on fanfiction.net and you get excited because you haven't gotten a review for that story in months, and all they have to say is "Weird...I didn't know she was 17 in the movie."

I once had this multi-chapter Bakugan fiction that relied on the character ages heavily. Now, back in the summer of 2007, I skimmed Japanese websites to get the accurate ages for each of the characters, and unleashed this information on the English sites, since Nelvana changed a lot of character ages and names. I'm technically the mother of the English Bakugan fandom.

*is hit with bricks*

Anyway, I mentioned a lot of ages in my story according to the original information I gathered. After mentioning in my author's note that one character was 10, not 12, I got a review that just listed all the character ages. Uh, yeah, thanks dude.

Alittleacorn
On a Flight into Space
Posts: 1808
Joined: 11 years ago
Location: England

"Fauna" wrote:Anyway, I mentioned a lot of ages in my story according to the original information I gathered. After mentioning in my author's note that one character was 10, not 12, I got a review that just listed all the character ages. Uh, yeah, thanks dude.

I think the worst I got years ago that was just "..." that was it XD couldn't blame them it was a crummy story.
Top

"Ghost" wrote:I've read a lot of Astro Boy fan fiction and I have read some good and bad. However there is one particular kind of Astro fan fiction that I absolutely cannot stand to see. I absolutely hate seeing sexually explicit AstroxCora fanfics. These stories absolutely make my eyes bleed. I really cannot understand why these people feel the need to write these(well sort of but still..) The reason why I can't stand seeing these, is mainly because it's Astro Boy. I know it's not the most kiddie of shows out there, but the main characters are kids. I mean how often do you see sexual content in an Astro Boy episode? Never. Love stories are fine, but taking characters in that age group and writing textual porn out of it, (Astro Boy especially) just makes me sick. Not to mention most of the time there is no plot development.

Those are really annoying. I don't really mind if its only a tiny part or out of humour (but it'll still be better if its NOT) but basing one entire fanfic on it!? Seriously!? Some people take things a bit too far.
.
Top

Regarding furries, technically, anyone that likes furry characters can be qualified as a furry. It's just that there are different levels of furries. So there are furries who merely like anthropomorphic characters and not beyond that.

Anyway, multiple things bothers me about bad fandoms, but these two are what make or break a fan base for me:

~ Fandom that constantly whines, moan, and complain (Toonami): Right now, Toonami has a decent fan base, but there is a minority that annoys me to no end, the ones who constantly throw a fit about the current Toonami. Despite the staffs best effort, the minority are never satisfied and claim that they aren't doing enough, despite the fact that Toonami is operating under a very limited budget, which is something that they fail to under. The sooner that the whiners realize that throwing hissy fits because they didn't get DBZ from Day One is counterproductive, the better. But since that day will likely never come, expect the Toonami fan base to take a serious nose dive.

~ Those that frequently start fights with each other over trivial issues (Super Smash Bros.): Any rational fan who has spent an extensive amount of time on a Smash forum (particularly the GameFAQs Super Smash Bros's forum and Smash World Forums) will agree with me on this; that the fan base is a pile of trash.

The speculation community for Smash 4 in the GameFAQs community is awful. Most of the people on that website runs under the assumption that it's their way or the highway and will frequently flame those who disagree. Here's a good drinking game:

Go to the GameFAQs - Super Smash Bros. Wii-U message board. Go to search and type in "Ridley" or "Krystal" or best of all, "Toad", "Bowser Jr" "Paper Mario" and "Waluigi". Every time when you see one of those threads turn into a flame war, take a drink. You will probably pass out after all this. Topics on Mega Man are becoming like this as well and it shows that people take their choice of characters for SSB4 way too seriously.

After a brief return, those threads made me stop caring for the people in the fan base and makes me wonder why I was one of those people that participated in the flame war. Smashboards will likely turn into garbage as well as they just opened up a forum dedicated to character discussions. It doesn't help that the fan base combines what's bad about the series Smash has as well and may be acquiring.

This has been one of the worst fan base I have ever seen on the Internet. The only one that compare to it is Sonic the Hedgehog. Which is why I left Smash 4 discussions until a trailer is revealed for the game.

Most fan base suck because they fall victim or one or both of these and that includes almost all popular series. For the flaws that the Astro Boy fandom may have (and let's not kid ourselves, we aren't angels), we are one of the very few "famous" series with a solid fan base overall and that is something we should be thankful for.
Top

Fanfiction. I don't touch that part of the internet with a ten-foot pole because, honestly, there is a lot of garbage within that realm. I have only come across three fanfics that I have ever liked because they actually break away from the mountain of fanfiction that exist solely to embrace an author's shipping fantasies.

"astarisborn94" wrote:~ Those that frequently start fights with each other over trivial issues (Super Smash Bros.): Any rational fan who has spent an extensive amount of time on a Smash forum (particularly the GameFAQs Super Smash Bros's forum and Smash World Forums) will agree with me on this; that the fan base is a pile of trash.

Yup, I remember that. The Melee vs. Brawl debates immediately come to mind. For my sanity, I will stay away from GameFAQs and I will take your word for it. I have heard my fair share of horror stories about that site.

Funny how Smash 4 is mere speculation at this point and fans still find a way to argue about something.

I have to wonder if the Astro Boy fandom - and even this site - would be prone to more of the negative things being described if AB-based anime/manga/games were more prolific, and widely distributed in a singular form (not different names/edits for different countries, and whole seasons of anime unavailable for purchase, etc.)

Because Astro Boy material is - let's face it - so hard to come by, I think all of us diehard fans (no pun intended Diehard67

) are simply thrilled to share any/everything that comes along. We are - in a way - blessed to be deprived, because it helps us keep things in perspective.

"that's right! I want everyone to love me - no matter what form I take"

"Are you set to be live action in that upcoming Pluto movie?"

"Of course! I'm not afraid of anything. But do you remember the last time I was live-action???"

I think the window of opportunity for the Astro Boy fandom to become lulz-worthy has passed, even if it does acquire a large fan base. Had the Internet existed in the capacity that it did in the mid-late 2000s back in the mid-late 1960s or early 1980s, the Astro Boy fandom would have certainty been among the more hated fandoms of the Internet since it was far more popular at the time.

For example, the Tushy Shot thread, thanks to the relatively small fan base Astro Boy has, is generally referred to as a joke about Astro's butt (or to many of us, finding it cute). Had we experienced a large fan base, it would be seen as very perverted and be a major cause of scathing attacks against the fan base. Already from there, lots of e-drama would come out of it.

When it comes to the overall behavior the fan base exhibit, we're kind of lucky that the 2003 anime bombed in the state, around the time Internet forums started to become very popular. Had it been a big hit, chances are the fan base would be notorious just like most other currently popular series. Timing was certainly on our side.

Speaking of fandom, I'm going to rant on the SSB speculation community. They deserve to be teared into.
Last edited by Fuzzy Pickles! on Sat Jul 14, 2012 9:05 pm, edited 2 times in total.
Top

I HATE bronies,teenage-to-adult GUYS who watch My Little Pony: Friendship is Magic!, If you go on know your meme,bronies ponify EVERYTHING. Plus,they act like a cult ("just watch it,you'll like it" or "we'll love and tolerate you") Seriously. Why are GUYS watching a show FOR 6 YEAR OLD GIRLS? Atleast astroboy has real meaning,and action,stuff that makes it awesome AND understandable to like. Plus,bronies get all defensive if you say something negative,like Beliebers and many One direction fans (MANY,Not ALL,we have a few directioners here who are very tolerant of other's opinions) As a matter of fact. I'm suprised Astro hasn't been ponified,and I'm glad he hasn't. Bronies also make Pony-Porn (I've heard about some messed story called 'Cupcakes' where one supposedly EATS another) and it has the screwed up fanart to boot!
Top
Post Reply
198 posts